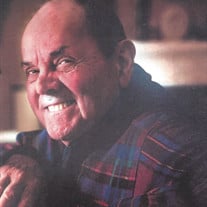 Alan Peter Lo Re, 83, of St. Michaels passed away on October 6, 2020, surrounded by his beloved family after a courageous battle with cancer. He was born in New York City on February 19, 1937. He attended Newtown High School in Jackson Heights, Queens where he was an honors history student and served for six years as an Army Reserves Medic after completing advanced Medical Corps training. He discovered his true loves as a boy spending summers at his family’s beach home in Rocky Point, Long Island -- fishing, boating, and his wife of 58 years, Evelyn Di Salvo, whose family also had a summer cottage there. Alan retired at age 57 from a family business that he helped found and build and later moved to Atlanta, Georgia; Chevy Chase, Maryland; and then to St. Michaels. Alan was a remarkable mechanic who appreciated any finely crafted machine. He had an encyclopedic knowledge of automobiles, boat and airplane motors, and to the amazement and amusement of many, he recycled an endless string of distressed vehicles as his “second cars” from Studebakers, to Gremlins, to Geo Metros. Alan nurtured a lifelong love of history and interest in current events. He was upset when he realized his battle with cancer might spoil his perfect 60-year voting record. Thankfully, he cast his absentee ballot with the help of dedicated workers at the Talbot County Board of Elections. He is remembered by all who knew him as an unbelievably gracious, kind man who gave everyone with whom he spoke the gift of his attention. He understood innately that everyone had something to offer and he recognized and honored those offerings throughout his life. He is survived by his beloved wife, Evelyn; dedicated son and daughter-in-law, Alan and Lucy; deeply-adored granddaughters Molly, Katie and Ellie; and numerous loving cousins, nieces and nephews. His family is planning a post-pandemic celebration of his life.

Alan Peter Lo Re, 83, of St. Michaels passed away on October 6, 2020, surrounded by his beloved family after a courageous battle with cancer. He was born in New York City on February 19, 1937. He attended Newtown High School in Jackson Heights,... View Obituary & Service Information

The family of Alan Peter LoRe created this Life Tributes page to make it easy to share your memories.