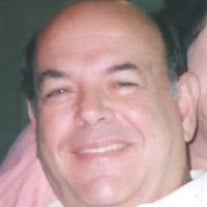 Alton Pierce Adams of Federalsburg passed away on December 31, 2021 at Tidal Health at Nanticoke Hospital in Seaford, DE. He was 70. He was born on September 18, 1951 in Easton, Maryland the son of the late Pierce Adams and Louise Wright Adams. Alton graduated from Colonel Richardson High School with the class of 1969. Early in life, Alton farmed for many years with his family. Eventually he became self-employed doing welding and fabrication. His work was sought after by many. He loved tractor pulls, tinkering, collecting, etc. Alton was always ready to lend a helping hand to anyone in need. He was a member of the Park Lane Church of God. He was a loving, faithful husband, father and grandfather. When his girls were in band, he was very active in the Colonel Richardson Product of Pride Marching Band Boosters. He was supportive and faithfully attended his grandchildren's sporting events, Chorus, Band, and Drama for Linda; Tennis, Soccer, and Basketball for Blaine; Soccer for Stephen and Liam; and Dance, Soccer, and Softball for Amelia. He was involved with his niece, Miranda, with her school science fair projects, which always took first place. He always took time and served people. He was very family oriented. He loved old cars, especially his green metallic 1932 Ford Coupe. He built his own tractor pull tractor and his own tractor pull sled. He is survived by his wife, Dawn Jewell Adams whom he married on April 1, 1989 of Federalsburg; two daughters: Angel Jewell Shumate and her husband Bobby of Preston and Crista Adams Davila and her husband Tomas of Federalsburg; six grandchildren: Blaine Davila, Linda Davila, Stephen Davila, Liam Davila, Matthew Davila and Amelia Shumate; and four siblings: Barbara Walters of Ridgely, Mary Zlock of Dover, Jerry Adams, Sr., of Marydel and Karen Penney and her husband Dave of Felton. Funeral services will be held on Saturday, January 8, 2022 at 1:00 at Park Lane Church of God in Federalsburg with Bishop Ray Parsons officiating. The family will receive friends from 12:00 to 1:00 at the church. Interment will follow at Hill Crest Cemetery. Expressions of sympathy may be made to the Park Lane Church of God, Post Office Box 235, Federalsburg, MD 21632 Services entrusted to the Framptom Funeral Home in Federalsburg. Share memories with the family at www.framptom.com

Alton Pierce Adams of Federalsburg passed away on December 31, 2021 at Tidal Health at Nanticoke Hospital in Seaford, DE. He was 70. He was born on September 18, 1951 in Easton, Maryland the son of the late Pierce Adams and Louise Wright... View Obituary & Service Information

The family of Alton P. Adams created this Life Tributes page to make it easy to share your memories.

Alton Pierce Adams of Federalsburg passed away on December 31,...