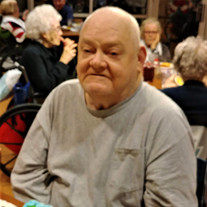 Obituary: Claude Leon Cecil (Coggy) Dateline: Federalsburg, MD Claude Leon “Coggy” Cecil, formerly of Federalsburg, MD, passed away on January 24, 2020 at Lifecare at Lofland Park in Seaford, DE. He was 80. He was born on December 21, 1939 in Centreville, MD, the son of the late Claude Leon Cecil and Frances Cecil Hulliger White. He owned and operated Bowen’s Radiator Shop in Seaford, DE, from 1967-2000. He was was a member of the Easton Moose Lodge and enjoyed going to horse races, eating crabs, and in his early days riding motorcycles. He also enjoyed cooking meals for his wife at the Radiator Shop. He is survived by his son, Scott Cecil (Patti), daughter, Joy Murray (Greg), grandchildren, Brent Toomy, Nicholas Murray, and Jason Miller, great-grandchildren, MacKenzie, Brianna, and Tyler, and his siblings, Donnie Cecil, Jim Cecil (Janice), Joyce Bennett (Tom), and Barbara Lord (Ronnie), and several nieces and nephews. He was preceded in death by his wife, Alice Faye Cecil, his parents, as well as his siblings, Morris Cecil, and Richard Cecil. Special thanks to Lofland Park’s staff for taking care of him for 34 months, especially Becky, Bonnie and all the wonderful CNA’s. Also a special thanks to the team at Vitas led by Jessica Garcia for taking care of him the last 8 days. They do not come any better. Funeral services will be held on Saturday, February 1, 2020, at 1:00pm at Framptom Funeral Home in Federalsburg, MD, with Reverend Denzil Cheek officiating. Visitations will be held on Friday, January 31, from 6-8pm, and Saturday, from 12-1pm, prior to the start of the service. Interment will be held at Hill Crest Cemetery immediately following the service. Services entrusted to the Framptom Funeral Home. Share memories with the family at www.framptom.com.

The family of Claude Leon Cecil created this Life Tributes page to make it easy to share your memories.