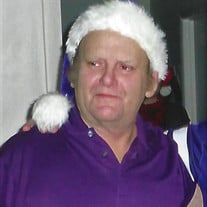 Curtis E. Willin, of Federalsburg, MD, passed away on Thursday, June 13, 2019 at Genesis – The Pines at Easton. He was 60. He was born on June 10, 1959 in Milford, DE, the son of the late Harvey Vincent and Hilda Pritchett Vincent. He graduated from Colonel Richardson High School in 1976 and became a farmer. He enjoyed raising his pigs and chickens, and loved spending time with his best friend and dog, “Tater”. He also enjoyed spending time with his good friend Sally Wylie. He is survived by siblings, Barbara Patrick, and Roy Lare, and his nieces and nephews, Karla Patrick, Tammy Zebron, Kenny Lare, and Kimberly Walden. In addition to his parents, he was preceded in death by his siblings, Randy Dale Willin, and Cindy Lee Willin. A funeral service will be held on Wednesday, June 19, 2019 at 1:00pm at Framptom Funeral Home in Federalsburg, MD, with Pastor Marie Coulbourne and Reverend Denzil Cheek officiating. A visitation will be held from 12-1pm prior to the start of the service. Interment will be private.

The family of Curtis E. Willin created this Life Tributes page to make it easy to share your memories.

Curtis E. Willin, of Federalsburg, MD, passed away on Thursday,...