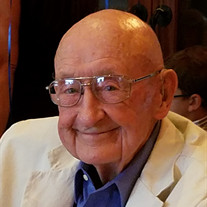 Francis Michael Downing Easton; Frank Downing, 92, passed away at Talbot Hospice House in Easton, on October 15, 2019. Frank grew up in Brooklyn, N.Y. and attended Brooklyn Technical H.S. He graduated from Lafayette College, PA. where he was recognized as an outstanding student athlete and was inducted into their athletic Hall of Fame. For much of his career, he coached high school football and taught English in Pennsylvania and Florida. He later received his Doctorate in Education and became the Academic Athletic Advisor at the University of Kentucky and Penn State University. He was the co-founder of the National Association for Academic Advisors of Athletics, an organization dedicated to assisting student athletes to earn college degrees. He was a mentor and inspiration to many young people throughout his life and was fondly known as” Coach” and “Doctor D”. Frank wore many hats. In addition to his athletic pursuits, he had a great love of learning and was a natural teacher. Upon moving to St. Michaels, he participated in several discussion groups and started a French language club. He also volunteered his time to tutor children and adults to enhance their reading and writing skills. He spent years studying the life of Frederick Douglass and spearheaded early efforts to recognize and honor him locally. Frank was preceded in death by his brother; Vincent. He will be deeply missed by his wife Marilyn, the love of his life for 75 years; his three children; Denise, Kevin and Valerie, his two grandsons; Jason and Derek Carr, his nephew; David Downing and niece Danielle Bradsher, and their families, and his brother in law; Al O’Neil and his wife Sharon. His memory is our treasure. A funeral Mass will be celebrated at the St. Michaels Mission Church, St. Michaels, MD. On Wednesday, November 13, 2019 at 10:30AM. A reception will follow at the Chesapeake Bay Maritime Museum. . In lieu of flowers the family requests donations be made to the Talbot Hospice Foundation 586 Cynwood Drive Easton, Md. 21601 or to the Talbot County Free Library 100 W. Dover St. Easton Md. 21601. Services entrusted to the Framptom Funeral Home, Ostrowski Chapel, of St. Michaels Share memories with the family at www.framptom.com

The family of Francis Michael Downing created this Life Tributes page to make it easy to share your memories.