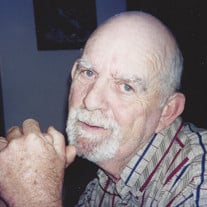 George Edward Holder, Sr., age 82, passed away on Thursday, November 21, 2019, with his loving family by his side. He was born on May 29, 1937, in Federalsburg, MD, where he graduated from high school and resided his entire life. The son of the late Webster and Alice Louise Collins Holder, George served in the 1st Infantry Division, also known as the Big Red One, of the US Army from 1960 to 1962. During his honorable service, he was awarded marksmanship qualification badges, the good conduct medal, and the expert bayonet badge. Following his service, George returned home to enjoy the simple life where he pursued his hobbies and passions, including wood-working, gardening, cooking, and wildlife watching. He spent many summers at Tom’s Cove Park in Chincoteague Island where he crafted signs for families’ campsites. Regular campers lovingly called him “Papa Smurf” and the “Candy Man.” He was notorious for always having a pocket full of sweets to share! George was a bargain hunter at heart. He could frequently be found at the nearest auction or yard sale, making more friends than purchases, just browsing around as he sipped his hot, black coffee. Never taking himself too seriously, he was employed by and retired from Maryland Plastics, Inc. where he trained and supervised a variety of people during his career. You could count on his training to include a practical joke and barbeque lunches at his shop. Above all else, George was a beloved family man who cherished time spent with those he loved the most. Christmas memories and traditions are among the best. No matter what was under the tree, it was always a thoughtful gift he purchased himself and wrapped to perfection. This holiday season, he will be deeply missed by his beloved wife, Sylvia, of 53 years, and their three children, George Edward Holder, Jr. (RaeAnn), Kimberly Danielle Holder, and Sherri Jean Holder (Scott Towers) along with his grandchildren Amber B. Woodland (Justin), Jacquelyn Rae Holder, Alexis Holder Zdrojewski (Eddie), Connor J. Cooper (Mindi), and Hunter Towers; his great-grandchildren, Layla B. Woodland, Brad Zdrojewski, and Holden Zdrojewski; and his brother, James Holder (Lorelle). A memorial service will be held at 1:00 pm on Wednesday, November 27, 2019, with visitation beginning at 12:00 pm, at Framptom Funeral Home, P.A., located at 216 N. Main Street, Federalsburg, MD. In lieu of flowers, the family suggests contributions in George’s memory to an organization that supports our military personnel, law enforcement officers, and/or emergency responders.

George Edward Holder, Sr., age 82, passed away on Thursday, November 21, 2019, with his loving family by his side. He was born on May 29, 1937, in Federalsburg, MD, where he graduated from high school and resided his entire life. The son... View Obituary & Service Information

The family of George Edward Holder, Sr. created this Life Tributes page to make it easy to share your memories.