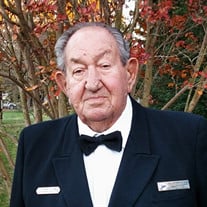 St. Michaels, Harry Thomas Ball of St. Michaels, died at the U.M.M.C. at Easton on Thursday April 1, 2021. He was 86. Born in Neavitt, on September 4, 1934 he was the son of the late Alfred and Susan Wayman Ball. Harry was raised in Neavitt and attended and graduated from St. Michaels High School in 1954. Following graduation, he enlisted in the U.S. Air Force with a few of his classmates. He served overseas in Libya, and was stationed in both Mississippi and Texas. Harry married his first wife, the former Kathleen Kirby in 1955. Following his release from active duty they returned to Neavitt where he followed the family tradition of working on the water. It wasn't long before Harry decided that he had a knack for carpentry, and he worked with Roy Beever and Snooky Parrott. Harry and Kay built their first home on Carrollton Road in Neavitt. He began a career as a Master Carpenter that lasted for more than 60 years, remodeling and building homes all over Talbot and the surrounding Counties. Harry's first wife died in March, 1975. He loved the outdoors, hunting, and fishing, everything to do with the Chesapeake Bay, and the Bay Hundred Area, he was a true Broad Creeker. He was a life member of the M.R.Y.C. where he was past Commodore and active member for more than 60 years. He was also a member of the E.E Streets Post 5118 V.F.W. in Easton, and B.P.O #1162 Elks Lodge also in Easton. He is survived by his children; Bonnie Doerfler (Tim) of Easton, Danny Ball of St. Michaels, 6 Grandchildren; Richard "Tink" Ball, Jr., Colby Ball, Parker Hill, Taylor McLaughlin, Daniel "Bubby" Ball, and Nicky Ball. One sister; Lillian "Sis" Koeneman of Bozman, also many nieces and nephews. Harry is also survived by his second wife; Carol Callahan Ball of Denton, her children Johnny and Ricky. In addition to his parents he was preceded in death by a brother; Julian "Buster" Ball and a sister; Debra Sue Ball. A viewing will be held at the Framptom Funeral Home-Ostrowski Chapel in St. Michaels on Monday April 5, 2021 from 6:00 to 8:00PM. Graveside service will be held at the Neavitt Cemetery, Neavitt, MD., on Tuesday, April 6th at 1:00PM. The family asks that, with the current health crisis, friends and family members not feel obligated to attend services. Plans are being made for a Celebration of Life gathering at a later date when we can share fellowship in an outdoor setting. Memorial donations may be made to MRYC Marlins Swim Team PO Box 158 St. Michaels, MD 21663 or the Talbot Waterman's Association PO Box 324 Bozman, MD. 21612

St. Michaels, Harry Thomas Ball of St. Michaels, died at the U.M.M.C. at Easton on Thursday April 1, 2021. He was 86. Born in Neavitt, on September 4, 1934 he was the son of the late Alfred and Susan Wayman Ball. Harry was raised in Neavitt... View Obituary & Service Information

The family of Harry Thomas Ball created this Life Tributes page to make it easy to share your memories.