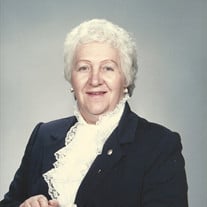 Irma S. Harper Denton Irma Sweitzer Harper, formerly of St. Michaels died at the Caroline Nursing & Rehab. Center, Denton, MD on Sunday, February, 25, 2018. She was 94. Born in Somerset County, PA. She was the daughter of the late Albert and Lois Roberts Sweitzer. At an early age she moved with her family to Maryland, finally settling in Tilghman. Following her graduation from St. Michaels High School, she was employed as a bookkeeper at a local business where she met her future husband, Thomas Walter Harper, whom she married on December 8, 1942. They made their home in St. Michaels, where they raised their family. Mrs. Harper was an active member of her community, serving on the St. Michaels town council and was elected as Mayor. She served as President of the Upper Shore Genealogical Society. As an avid genealogist, she authored many published reference books. Mrs. Harper was honored by the Smithsonian Institute of the National Museum of African American History and Culture when they accepted her book entitled, “Here Lies Sara Phillips”, a history of seven generations of the Phillips family dating back to the 1700s. Mrs. Harper, a longtime member of the Federalsburg Historical Society had the “Irma Harper Research Room” named in her honor. Throughout her lifetime, she received many awards from various organizations for her many contributions. Mrs. Harper is survived by her two daughters; Barbara Young, of Hagerstown, MD, Deborah Rodriguez of Houston TX, sisters; Rea Poore of Bozman, MD, Sue Shores of Savannah, GA, and Lois Loretangeli of St. Michaels, MD. A viewing will be held from 10:00 am until 10:45 am on Friday March 2, 2018 at the Framptom Funeral Home- Ostrowski Chapel. A Graveside service will follow in the Olivet Cemetery St. Michaels, at 11:00AM. Memorial donations may be made to the Federalsburg Historical Society, P.O. Box 84 Federalsburg, MD. 21632. Services entrusted to the Framptom Funeral Home, Ostrowski Chapel, St. Michaels, MD. Share memories with the family at www.framptom.com

The family of Irma Sweitzer Harper created this Life Tributes page to make it easy to share your memories.