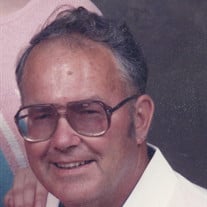 Jack Roland Lane passed away on Sept. 22, 2017 at his home in Preston, MD surrounded by his family. He was 84. He was born May 25, 1933 in Cambridge, the son of the late Roland Bryan Lane and Mary Louise Meredith Lane. Mr. Lane was a graduate of Preston High School Class of 1951. He served his country from 1952-1956 in the U.S. Navy during the Korean War. He worked in Ford Parts in Maryland and Texas, and was the warehouse manager for the former Tidewater Builders in Easton. He was a lifelong member of Bethesda United Methodist Church in Preston where he had served as Trustee, Sunday School Superintendent, and Sunday School teacher. He was a member of the Junior Order OUAM formerly in Preston, and was a former member of the Archaeological Association in Texas. He enjoyed hunting and trapping rabbit and raccoon, and was a walking enthusiast and was an avid supporter of the Orioles and Ravens. He was known for telling jokes and enjoyed good food and spending time with family and friends. He is survived by his wife of 52 years, Dorothy L. Lane whom he married on June 26, 1965, a cherished daughter Laura Edwards and her husband Howard of Hurlock, daughter-in-law, Gina Deneau of Defuniak Springs, FL, 5 grandchildren Christina Parrish and her husband, Scott of Louisiana, MO, Arianna Deneau, Jonathan Deneau and his wife, Lacey, all of Chipley, FL, Regan Edwards serving in the Navy in Bremerton, WA, and Madison Edwards of Hurlock; 6 great-grandchildren Preston Dillard, Addison Dillard, Isaac Parrish, Noah Parrish, Rueben Deneau, and Jack Deneau; a brother James Lane and his wife Sondra of Williston, FL, and several nieces and nephews. In addition to his parents he was preceded in death by a beloved step-son Perry L. Deneau, a sister Shirley Fowlkes, and brothers Dan Lane and Roland Bryan Lane, Jr. Funeral services will be held on Tuesday, Sept. 26, 2017 at 11:00 a.m. at the Framptom Funeral Home in Federalsburg, MD with Pastor Linda Pevey officiating. A visitation will the family will be held from 9-11 a.m. at the funeral home. Interment with military honors will follow at the Eastern Shore Veterans Cemetery. Memorial contributions may be made in his memory to the Bethesda U.M. Church, PO Box 147, Preston, MD 21655 or to the Preston Volunteer Fire Co., PO Box 44, Preston, MD 21655. To share memories with the family please visit www.framptom.com.

Jack Roland Lane passed away on Sept. 22, 2017 at his home in Preston, MD surrounded by his family. He was 84. He was born May 25, 1933 in Cambridge, the son of the late Roland Bryan Lane and Mary Louise Meredith Lane. Mr. Lane was a graduate... View Obituary & Service Information

The family of Jack Roland Lane created this Life Tributes page to make it easy to share your memories.