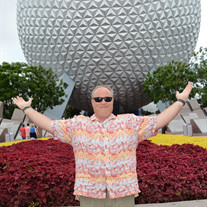 James Taylor Lewis known fondly as "Bud" passed away on Wednesday, December 27, 2017. He was 46. He was born on April 12, 1971 in Easton, the son of William Keith Lewis and Mary Katherine McConnell Lewis of Federalsburg. Bud graduated from Saints Peters and Paul School in Easton with the class of 1989. He continued his education at Frostburg where he received his masters degree. He had worked previously for the family business, McConnell's Fun Food in Denton, managed the family's properties for years, Camp Wright in Stevensville, Omni Camp which became Camp North Star in Poland Spring, Maine, and Saints Peter & Paul School in Easton. He loved coaching for several lacrosse teams through the years which included, the Dark Horse, Talbot Lacrosse, and Saints Peter & Paul High School Lacrosse Team. He served on the Advisory Board at Caroline Co. Parks & Rec. since 2007 and also on the Advisory Board for Camp Wright. He was truly a devoted husband and father. Bud was also an avid Disney fan. He and his family enjoyed anything to do with Disney and shared many special and great moments with his family at Disney World. Besides his parents, he is survived by his wife, Taffie Jo Wilson, a daughter, Charlotte McConnell Lewis, two brothers, Dr. Lindy Lewis (Dr. Tammy Domanski) of Federalsburg, Brian Lewis of Cambridge, a sister, Lisa Lewis (Craig Harmon) of Cambridge, his in-laws, Bill and Cathy Wilson of Middletown, MD, a brother-in-law, Jason Wilson (Tessa) of Williamsport, MD, three nephews, Tyler, Casey, Quinn, a niece, Jessica and a special aunt and uncle, Debbie & John Fore of Jacksonville, FL. A prayer service will be held on Saturday, January 6, 2017 at 11 a.m. at Saints Peter & Paul Church, 1210 South Washington Street, Easton, MD with Father Nash officiating. A visitation with the family with be held at the church from 9-11 a.m. In lieu of flowers memorial contributions can be made to Camp Wright, 400 Camp Wright Lane, Stevensville, MD 21666 or to Saints Peter & Paul School Athletics, 900 High Street, Easton, MD 21601. To share memories with the family please visit www.framptom.com

James Taylor Lewis known fondly as "Bud" passed away on Wednesday, December 27, 2017. He was 46. He was born on April 12, 1971 in Easton, the son of William Keith Lewis and Mary Katherine McConnell Lewis of Federalsburg. Bud graduated... View Obituary & Service Information

The family of "Bud" Lewis created this Life Tributes page to make it easy to share your memories.