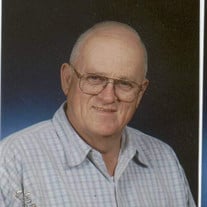 John B Wagner, Jr. of Bethlehem, passed away on Saturday, December 19, 2020 at his home surrounded by his family. He was 80. He was born on June 3, 1940 in Preston, Maryland, the son of the late John B. Wagner, Sr., and Virginia Andrews Wagner. Growing up in Preston, John attended Preston School. He married June Hopkins Wagner on August 26, 1961 and they made their home in Bethlehem. He worked for various manufacturing companies in Talbot and Caroline Counties. He retired from Food Instrument Corporation in Federalsburg to spend more time with his family and grandchildren. John was known as “The Lawn Mower Man” of Bethlehem. He would sit on his mower waving to friends and neighbors on Bethlehem Road. He also enjoyed building and selling birdhouses for his family and friends. He attended Denton Wayside Church for many years. He is survived by his wife, June Hopkins Wagner of Bethlehem, three sons: Richard Wagner of Easton, John Wagner, III and his wife Dodie of Cambridge, and Chet Wagner and his wife Stephanie of Lenior, NC; six grandchildren: Amanda Bradley and her husband Jason of Cambridge, John Wagner of Finchville, Miranda Furstoss and her husband Rob of Elkton, Jessica Scott of Federalsburg, Melissa Johansen and her husband Steven of Preston and Logan Wagner of Lenior, NC; and seven great grandchildren: Ashton, Carmie, Reagan, Addie, Brylie, Alyssa and Ayden; and two sisters: Helen Mills and her husband David of Hurlock, and Lee Moore and her husband Robert of Middleville, MI. In addition to his parents, he was preceded in death by three siblings: Charles Wagner, Thomas Wagner and Valerie Ann Fisher. Funeral Services will be held on Wednesday, December 23, 2020 at 1:00 at the Framptom Funeral Home in Federalsburg. Burial will follow at Junior Order Cemetery in Preston. The family will receive friends for a walk-through viewing on Tuesday evening from 6:00 to 8:00and from 12:00 to 1:00 prior to the service. Seating will be limited, face coverings and social distancing measures will be in place. Expressions of sympathy may be made to the Samaritans Purse, Post Office Box 3000, Boone, NC 28607

John B Wagner, Jr. of Bethlehem, passed away on Saturday, December 19, 2020 at his home surrounded by his family. He was 80. He was born on June 3, 1940 in Preston, Maryland, the son of the late John B. Wagner, Sr., and Virginia Andrews... View Obituary & Service Information

The family of John B. Wagner, Jr. created this Life Tributes page to make it easy to share your memories.

John B Wagner, Jr. of Bethlehem, passed away on Saturday, December...