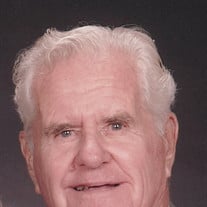 Neavitt; Ret. D.N.R. Sgt. Joseph H. “Joe” Jones passed away at his home in Neavitt, on Tuesday June 9, 2020. He was 95. Born in Neavitt on January 31, 1925 he was the son of the late Harvey S. and Hettie Thompson Jones. Joe graduated from St. Michaels High School in 1942, he then went to work for Glen L. Martin in Baltimore. In May of 1944 he enlisted in the U.S. Marines. He was stationed in the South Pacific, at Bogan Field, after the war ended he was stationed in China. He was honorably discharged in 1946. Joe returned to Talbot County where he found his passion, by being a commercial waterman from 1951 until 1969, and then he joined the Maryland D.N.R. Police, serving his entire career in Talbot Co. until he retired in 1991. He then resumed working on the water until 1995. Joe was a member of the Neavitt United Methodist Church. In addition to his beloved wife of 73 years; Helen Shaefer Jones, he is survived by a daughter; Barbara, of Wylie, TX. Two granddaughters; Kimberly Keen Morgan, of Fort Wort, TX. And Shannon Bartos (Joe) of Bozman, MD. 6 great grandchildren; Shelby (Matt), Shaughn, Nick, Kate, Sid, and Ali. Two Great-great granddaughters; Sammie and Maggie In addition to his parents he was preceded in death by a brother; Louis Jones. There will be a viewing held at the Framptom Funeral Home- Ostrowski Chapel, 312 S. Talbot Street, St. Michaels, MD on Friday June 19, 2020 from 5:00 to 7:00 PM. (Due to Covid 19 restrictions only 10 people will be allowed into the funeral home at a time.) Graveside services will be held Saturday, June 20, 2020 at 2:00 p.m. in the Neavitt Cemetery, Neavitt, MD. In lieu of flowers, please make memorial contributions to the Talbot Hospice Foundation, 586 Cynwood Dr. Easton, MD 21601 or to the Talbot Co. Humane Society, 7894 Ocean Gateway, Easton, MD 21601. Arrangements are entrusted to the Framptom Funeral Home- Ostrowski Chapel, St. Michaels. To share memories with the family, please visit www.framptom.com

The family of Joseph Harvey Jones created this Life Tributes page to make it easy to share your memories.