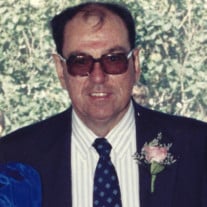 Keith D. Christopher of Federalsburg, affectionately known as “Mr. Baseball” passed away on Saturday, June 22, 2019 three days after his 72nd birthday at Talbot Hospice House following a brief hospitalization. He was the son of the late H. Lawrence “Speedy” Christopher and Helen Stafford Christopher. He was also preceded in death by his wife, Katherine J. Evey-Christopher, on October 16, 2012, for whom he had been a devoted caregiver. Keith graduated from Colonel Richardson High School, Class of 1966. He had previously worked for Wilson Poultry, Caroline Box Company (Warehouse) and Chesapeake Wholesale Florist Company as a delivery person on Maryland’s Eastern Shore and Delaware. He served his community in many capacities which included membership in the Federalsburg Jaycees where he was named “Citizen of the Year” in 1984, a life member of the Federalsburg Volunteer Fire Company and member of the Federalsburg Lions Club since 1970 where he served as “King Lion” (President) from 1979-1980, as Lion Tamer and on several committees during his 49 years of membership, He was awarded the Melvin Jones Fellowship Award by the Federalsburg Lions Club in recognition of his significant contributions to the community. Little League Baseball was Keith’s greatest love. He was involved for a number of years in the Little League program and served in many positions. The greatest position he attained and loved was being the District Administrator for Maryland District #6 which he did for 25 years, before retiring in 2010. He received national recognition for his longtime dedication to Little League at the 2010 Little League Congress in San Antonio, TX. Additionally, Keith served as Chairman of Boy Scouts Troop #137 for 25 years, served as president of the Choptank Football League and was a founding member of the Caroline County Youth Soccer Association. According to research by the Federalsburg Historical Society, it appears that Keith had the distinction of being the Federalsburg resident who lived for the longest time continuously in the same home – in excess of 72 years. As his ability to get around declined in recent years, he became more appreciative of his friends around Federalsburg: Frankie Bennett, Wayne Cole, Dicky Wheatley, Bonnie Thomas and Millicent Maloney. Keith also considered Darlene and Alan Planner as his “angels” for always being there for him. Besides his parents, he was preceded in death by his brother, H. Larry Christopher. Keith is survived by his beloved nieces, Kathleen Christopher of Raleigh, NC, and Jennifer Stanko (John) of Chesterfield, VA, and three great nieces Kate Elizabeth, Evan Olivia, and Halen Lawrence, and a sister-in-law, M. Jeanette Brinsfield Christopher. A memorial service will be held on Saturday, July 20, 2019 at 11:00 am at Christ United Methodist Church in Federalsburg with the Rev. Pam Bockard and Reverend Marie Coulbourne officiating. The family will receive friends one hour prior to the service. Burial will be private at Hill Crest Cemetery. Serving as honorary pallbearers will be Wayne Cole, Frankie Bennett, Tom Evey, Bart Johnson and Dicky Wheatley. Expressions of sympathy may be made to Christ United Methodist Church, 201 South Main Street< Federalsburg, MD 21632.

Keith D. Christopher of Federalsburg, affectionately known as &#8220;Mr. Baseball&#8221; passed away on Saturday, June 22, 2019 three days after his 72nd birthday at Talbot Hospice House following a brief hospitalization. He was the... View Obituary & Service Information

The family of Keith D. Christopher created this Life Tributes page to make it easy to share your memories.