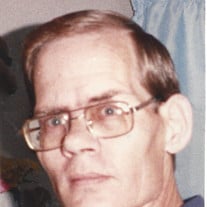 Lawrence Alvin “Larry” Mills, 70, of Hurlock, MD passed away peacefully on February 4, 2018 at home surrounded by his family. Larry was born a twin in November, 1947 to the late Howard Alvin Mills and Betty Brannock Nepert of Cambridge, Maryland. Larry was a graduate of North Dorchester High School Class of 1966. In 1967 Larry began his career at A.I. DuPont and retired in 2002 with 35 years of service. While working at A.I. DuPont he developed many lifelong friendships that would last until his passing. In July, 1968 Larry married the love of his life D. Linda Larrimore. The following July, 1969 they welcomed their son, Marc Allan and in December, 1971 their daughter, Julie Ann. Larry leaves behind his wife Linda of 49 years, son Marc and his wife Angela, daughter Julie and her husband Rusty. Larry had two grandchildren Ryan and Collin, two great-grandchildren Carter and Bennett, two step grandchildren Heather Bailey and Derek Murphy, one step great-grandchild Maddox Bailey and a special friend Karen Mills, widow of his twin brother Billy. Surviving siblings are Carolyn Harding and Raymond “Jack” Mills. Preceding in death was twin brother William “Billy” Mills, sister Katherine Foxwell and infant brother Darcy Mills. Larry was a great husband, father, brother, father-in-law and friend. He enjoyed the simple pleasures of life; western movies, a good glass of tea and quiet times at home. After his retirement he became known as “the cat man” as he cared for nearly 30 stray cats until his health declined. Cats Tanner, Marble, Garfield, Newton, Lil’Bit and Special were his constant tv companions and during his declining health each took turns watching over him. A Celebration of Life Service will be held Saturday, February 10, 2018 at Bethel United Methodist Church, 2381 Neal’s School Road, Seaford, DE at 12:00 p.m. with a visitation 1 hour prior to the service. In lieu of flowers, memorial offerings may be made to Tree of Life Pet Sanctuary with checks payable to Chesapeake Cats and Dogs, 326 Wye Mills Road, Queenstown, MD 21658.

Lawrence Alvin &#8220;Larry&#8221; Mills, 70, of Hurlock, MD passed away peacefully on February 4, 2018 at home surrounded by his family. Larry was born a twin in November, 1947 to the late Howard Alvin Mills and Betty Brannock Nepert of... View Obituary & Service Information

The family of Lawrence A. Mills created this Life Tributes page to make it easy to share your memories.