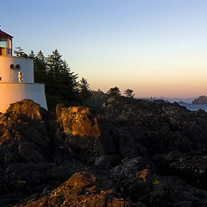 Leroy Daniel Cephas, 87, went to be with the Lord on October 7, 2019 at his home in Federalsburg, MD. He was born on February 16, 1932 in Thompson Town, MD, to Roland W. Cephas, Sr., and Mary Frances V. Hubbard Cephas. Leroy, nicknamed “Bub” graduated from Mace’s Lane High School in Cambridge, MD with the class of 1950. Immediately after graduating from High School, Leroy enlisted in the United States Army where he served honorably for 22 ½ hears. During his enlistment, Leroy was stationed throughout the United States and Europe and served multiple tours of duty in Vietnam as an Army medic. Upon his retirement from the military in 1972, Leroy became a long distance tractor trailer driver until a serious accident ended his career in 1975. On May 17, 1952 Leroy married Gladys Mapp from which they shared over 63 years together during his military career and retirement in Federalsburg, MD until her death in her death in March of 2015. From that union, Leroy and Gladys raised two sons, Clinton and Tommy Cephas. A man of faith, Leroy was a loving husband, father, grandfather, brother and uncle. He loved spending time with family and friends. He loved music and enjoyed singing and playing the bass guitar. Leroy was also a “foodie” and his favorite dishes were sweet potato biscuits, apple pie, steak, macaroni & chesse and chocolate. Left to honor Leroy and remember his love are his two sons, Clinton Cephas (Kim) of Wilmington, DE, and Tommy Cephas (Christy) of Federalsburg, five grandchildren, Clinton Cephas, Jr, Whitney Giles (Jeremy), Tommy Cephas, Jr., Tierra, Trysten Cephas, five great grandchildren, Kierra Cephas, Clinton Cephas, III, Sherman Emory, Camella Cephas and Makai Cephas; two sisters, Lottie Camper of Federalsburg, and Mildred Waters of Hurlock, one brother, Solomon Cephas (Doris) of Hurlock, and a host of nieces, nephews, cousins and many loving friends. In addition to his wife Gladys, and parents, he was preceded in death four sisters, Pauline, Mabel, Anna and Shirley and four brothers, James, Hubbard Roland Jr., and Ellsworth. Funeral services will be held on Saturday, October 19, 2019 at 11:00 at the Stein Highway Church of God in Seaford. Friends may visit the church from 10:00 to 11:00. Burial will be on Monday, October 21, 2019 at 9:00 at the Eastern Shore Veterans Cemetery near Beulah. Services entrusted to the Framptom Funeral Home – Federalsburg. Share memories with the family at www.framptom.com

The family of Leroy Daniel Cephas created this Life Tributes page to make it easy to share your memories.

Leroy Daniel Cephas, 87, went to be with the Lord on October...