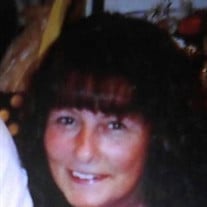 Linda Irene Booze of Easton passed into life eternal from the University of Maryland Mid-Town Campus, Baltimore on Tuesday, May 25, 2021. She was 60. Born in Easton, on August 6, 1960 she was the daughter of the late Benjamin F. and Betty Adams Ostrowski. Linda grew up in Bozman, and attended Talbot Co. public school in St. Michaels. She later moved to Charleston S.C. finally returning home to the Eastern Shore. She worked at various places including Black and Decker until its closing, while working there she met her soulmate, and the love of her life Luke Booze, following the closing of Black and Decker she went to work for Solid Tops in Easton as an office coordinator until retiring for health reasons in 2019. Linda was a former EMT for Talbot Co, she was also the second female member to join the Easton Vol. Fire Dept. She was the secretary, quartermaster, and held numerous other positions in the Red Knights Motorcycle Club Chapter 2. Linda enjoyed the outdoors especially fishing and crabbing with her father. She was also an avid camper spending the last several years with her friends as a seasonal camper, at Tall Pines Harbor Campground in Temperanceville VA. In addition to her beloved husband Luke whom she married on Valentine's day 1996, she is survived by her children; Angie Tyler of Preston, Danny Tyler, Jr. of Baltimore, Brianna Paugh (George) of Hurlock, Josh Booze (Sheena) of Punta Gorda, FL., and Shane Stewart, (Sonya) of Auburndale, Fl.. Two brothers; Benjamin Ostrowski, Jr. (Kathy) of Vero Beach, Fl. and Joseph Ostrowski, Sr. (Brenda) of St. Michaels. Devoted Nanny to; Jeremy Morse, Benjamin Morse, Connor Laughlin, Zach Paugh, Peyton Paugh, Bryson McDermott, Tru Ogden, Ryker Booze. Calab Skinner, Austin Stewart,and Avery Stewart. In addition to her parents she was preceded in death by a grandson Logan Morse. A viewing will be held on Tuesday, June 1, 2021, from 6:00 to 8:00PM at the Framptom Funeral Home- Ostrowski Chapel St. Michaels. Burial in the Bozman Cemetery will be private. Memorial donations may be made to Tall Pines Harbor Campground Activity Fund, 8107 Tall Pines Ln, Temperanceville, VA 23442

Linda Irene Booze of Easton passed into life eternal from the University of Maryland Mid-Town Campus, Baltimore on Tuesday, May 25, 2021. She was 60. Born in Easton, on August 6, 1960 she was the daughter of the late Benjamin F. and Betty Adams... View Obituary & Service Information

The family of Linda Irene Booze created this Life Tributes page to make it easy to share your memories.

Linda Irene Booze of Easton passed into life eternal from the...