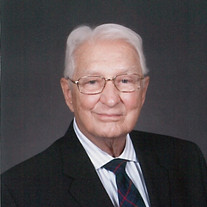 Robert Kaye Barrett, of St. Michaels, died peacefully at home on January 20, 2018. Mr. Barrett was born on October 28, 1925 in Pontiac, Michigan. During World War II, he was a ball-turret gunner on B-17s, flying 20 missions over Germany, France and Czechoslovakia. After the war, Mr. Barrett graduated from the University of Michigan with a master’s degree in German and Latin in 1952. He worked for the National Security Agency as an intelligence analyst and cryptologist and was an outstanding linguist in both German and Russian. He was presented the Meritorious Civilian Service Award honoring his outstanding service with the agency. Mr. Barrett loved playing tennis and chess, but most of all, he loved sailing. He and his family spent many happy hours sailing the Chesapeake together. In 1986 Mr. Barrett served a term as Commodore of the Sailing Club of the Chesapeake. In addition to sailing, he loved to travel around the world and experience new places and cultures. Later in life, he became an avid ham radio operator and ran a network to support troops stationed overseas. He was a lifelong Episcopalian, and he served in various capacities at Christ Church, including junior warden, vestryman, and librarian. He also wrote monthly reviews of religious books for the church newsletter. Mr. Barrett was preceded in death by his parents, William Lloyd and Gladys Kaye Barrett; his brother, William Lloyd Barrett, Jr.; and his sister, Mary Jean Warren. He is survived by his beloved wife of 67 years, Marilyn Joyce Kniebes Barrett; his children, Michael George Barrett (Beth); Melissa Lynn Barrett; and William Brian Barrett (Linde); six grandchildren; and four great-grandchildren. A memorial service will be held at Christ Episcopal Church, St. Michaels on Saturday, March 10. 2018 at 11:00AM. In lieu of flowers, memorial donations may be made in Mr. Barrett’s name to Christ Episcopal Church, 301 S. Talbot Street, St. Michaels, MD 21663; or to Talbot Hospice Foundation, 586 Cynwood Drive, Easton, MD 21601. Arrangements are by the Framptom Funeral Home, Ostrowski Chapel, St. Michaels.

The family of Robert K Barrett created this Life Tributes page to make it easy to share your memories.