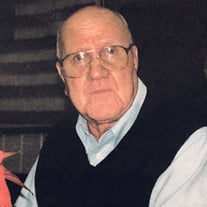 Robert Emory Christopher of Sharptown, Maryland passed away on Thursday, July 9, 2020 at his home surrounded by his family. He was 78. He was born on November 8, 1941 in Cambridge, Maryland the son of the late William Aubrey Christopher and Madeline Travers Christopher. Growing up in Cambridge, Robert graduated from Cambridge High School with the class of 1959. He immediately joined the United States Army and served two terms before being honorably discharged in 1966. After his service, he returned home and worked as general contractor owning his own business until his retirement in 2013. Over the years, Robert had many beloved pets. Most recently his dog Nicholas and cats Ladybug and Max were his pride and joy. He married Phyllis A Boyer-Christopher and she preceded him in death on June 4, 1995. He later married Ann Hagan Christopher and they made their home in Sharptown. In his free time, Robert enjoyed woodworking, traveling, hunting, fishing and crabbing. He always enjoyed spending time with his family and friends. He is survived by his Wife, Ann Christopher of Sharptown, five children: Sharon Christopher of Hurlock, Robert Christopher of Easton, Tina Travers of Jessup, Olivia Ferguson of Cambridge, and John Christopher of Virginia; twelve grandchildren; a step-son, Daniel Hagan of Gaithersburg and a step daughter Katherine Levin of Sharptown. In addition to his parents, he was preceded in death by a son, William Christopher, and four siblings: William Christopher, Audrey Furbush, Virginia Eskridge and Richard Christopher. A funeral service will be held on Tuesday, July 14, 2020 at 11:00 at the Framptom Funeral Home in Federalsburg. Due to limitations set by our government, seating will be limited and burial services will be private. Expressions of sympathy may be made in his memory to the Bay Water Animal Rescue 4930 Bucktown Road, Cambridge, MD 21613

Robert Emory Christopher of Sharptown, Maryland passed away on Thursday, July 9, 2020 at his home surrounded by his family. He was 78. He was born on November 8, 1941 in Cambridge, Maryland the son of the late William Aubrey Christopher and... View Obituary & Service Information

The family of Robert Emory Christopher created this Life Tributes page to make it easy to share your memories.

Robert Emory Christopher of Sharptown, Maryland passed away on...