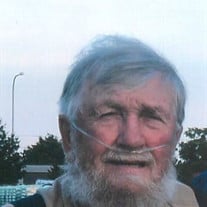 Greenwood, DE. Robert Thomas Minner, Jr. of Greenwood, died at Bayhealth Hospital in Milford on Thursday, September 9, 2021. He was 73. Born in Milford on December 7, 1947 he was the son of the late Robert T. and Prela L. Parsons Minner. He grew up in the Milford area where he helped on the family farm, he graduated from Milford High School. After graduating he joined the Army, on September 7, 1967, he was deployed to Vietnam where he engaged in the Tet offensive in 1968. During his time served he received the National Defense Service Medal, Vietnam Service Medal, 2/ Bronze Stars, Vietnam Campaign Medal w/ 1960 device, Combat Infantryman Badge, Purple Heart, Army Commendation Medal, Air Medal, Bronze Star Medal w" V" Device, and a sharpshooter Medal (M-60). Following his release for active duty and recovery from his wounds sustained in Vietnam, he returned to Milford where he began a lifelong career in farming. Mr. Minner worked alongside his wife the former Mary L. Watson until 2010 when health conditions from exposure to Agent Orange in Vietnam forced him to retire, at which time he turned over the entire farming operation to his wife Mary and he became a part time consultant. Mr. Minner loved to tend to his Garden in his retirement, and it wasn't just an average garden he had more than 3 acres of fine produce that he would grow then sell at his roadside stand where he would sit for hours, just talking with the folks that would stop by. Surviving in addition to his beloved wife Mary, he is survived by a son; Robert L. Minner also of Greenwood, two grandchildren; Rachel Pearson of Delta, VA; and Robert C. Minner, U.S., Army, Stationed at ft. Lee, Va. One Great-Granddaughter Nora Grace Pearson. Also survived by one sister; Mary Margaret Opdenbrouw. Funeral Services will be held at 1:00PM on Tuesday September 14, 2021 at the Framptom Funeral Home- Fleischauer Chapel 16 West Market Street Greenwood, DE. where a viewing will be held from 1200 until 100PM. Burial will be in the St. Johnstown Cemetery, Greenwood. (Please visit www.framptom.com)

Greenwood, DE. Robert Thomas Minner, Jr. of Greenwood, died at Bayhealth Hospital in Milford on Thursday, September 9, 2021. He was 73. Born in Milford on December 7, 1947 he was the son of the late Robert T. and Prela L. Parsons Minner. He... View Obituary & Service Information

The family of Robert Thomas Minner, Jr. created this Life Tributes page to make it easy to share your memories.