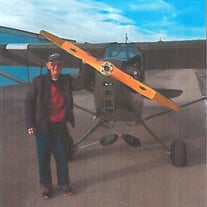 Thomas G. Blake, beloved resident of Neavitt departed this life on May 31, 2017 at Talbot Hospice House. Born, February 2, 1927 in Beaverdam, Kentucky, the son of Reverend William L. and Annie Tucker Blake. He graduated high school in 1945 and was immediately drafted into the US Army. He served in Casablanca, N. Africa and Fort Meade, MD. Following his discharge he married Lazetta Ball of Neavitt, MD. He served on the Easton Police Department for five years followed by operating a family seafood business in Neavitt until the Bay froze over and they moved to Missouri where they lived for 26 years. He retired from Armco Steel and returned to Neavitt in 1982. Tom lived a very active life gardening, fishing, flying his Piper Cub, and helping neighbors with just about anything. He also was known for his metal crabs and swans made from ship blocks, and other metal sculptures using his welding skills. For 57 years, Lazetta was a loving, loyal wife, and companion to Tom. She died November 21, 2003. They were devoted to each other. He is survived by his wife, Marie and two sons, Thomas (Jacki) of Neavitt and Rodney ( Danielle) of Dallas, TX, four grandchildren, Jana, Jill, Stephanie, and Christopher and four great-grandchildren, Christian, James, Trinity, and Brody, as well as step-children, Elizabeth, George, and Martha. He is also survived by two sisters, Anna Grisham and Catherine Brown both of Evansville, Indiana and numerous loving nieces and nephews in Kentucky. Services will be held at Neavitt United Methodist Church, 6395 Bozman-Neavitt Rd., Neavitt, MD 21652. Visitation to be held from 10 -11 AM on Saturday, June 3rd, followed by a service. Interment to follow at Neavitt Cemetery. Reception to follow.

The family of Thomas G. Blake created this Life Tributes page to make it easy to share your memories.