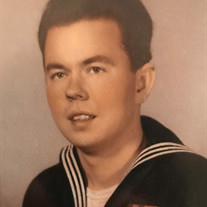 Thomas Addison Porter, born March 18, 1948 in Washington, D.C. to Evelyn Pease O’Brien Porter, originally of Boston, and Jehu Addison Porter, originally of Greenwood, Delaware, died at 12:02 p.m. on December 16, 2020 of complications from Parkinson’s Disease. He grew up first in Kensington, Maryland and the family moved to Potomac, Maryland in 1959. He graduated from Walt Whitman High School in Bethesda, Maryland. He studied architectural technology at Montgomery College in Rockville, Maryland from 1972-1973. At Prince Georges Community College in Largo, Maryland he received a Letter of Recognition in Advanced Vocational Photography for the year 1988-1989 and again in 1990-1991. His lineage; English, Irish, French and Welch dates back to the earliest founding of the of the USA. On his mother’s side his ancestor, Levi Pease, in the early 1700’s started the first stage coach mail service in the U.S. on the Boston Post Road, today’s U.S. Route One. Pease is also known as the Father of the American Turnpike. On his father’s side his ancestors were some of the earliest settlers in Maryland and Delaware in the 1600’s and 1700’s. A prominent ancestor, Jehu Davis, was an early governor of Delaware. Tommy, as he is known by all who love him, has many friends who consider him to be the kindest, gentlest, most loving and generous person. With his good friend, Robby Danzi he enlisted in the Navy during the Vietnam war. He served on two destroyers, the USS Josephus Daniels and the USS John W. Weeks. He was sent to the Gulf of Tonkin during the famous crisis there. Despite the danger, he enjoyed his time in the Navy because it offered the opportunity to see so much of the world. He particularly loved visiting New Zealand. He worked in the welding industry for some years and brought that talent home with him to make many beautiful sculptures. He also managed stores for Roberts Oxygen and Wootten Industries, both in Maryland. He later worked for the Maryland Natural Resources Police. He was a very talented writer and a wonderful cook. With his bright and active mind, he loved to talk politics and current events. He was also a talented artistic photographer and introduced his sister, Susan, to the art, buying her a sophisticated camera. She eventually opened a gallery in Portland, Maine named for him, the Addison Woolley Gallery. Susan and her husband, Jim Campbell, own a summer home on Peaks Island, Maine which Tommy enjoyed visiting, calling it his “world’s favorite place”. He and Susan spent many hours making photographs together of his favorite places; a deep bond for both of them. He never married, but bumped up against it a few times. A gregarious person, he also enjoyed his quiet time and privacy. It is almost impossible to describe how much this man is loved by so many and he returned that love. He enjoyed his many, many good friends; having fun water skiing, skeet and target shooting, drag strip and drag racing, going to car shows and just getting together laughing and shooting the breeze. As teenagers, a group of friends in Potomac formed their first car club named “Coupes Anonymous”. His bonds with his friends go back decades, which is unusual and precious in our busy age. He also loved his cat, Buddy, and his dog, Scruffy, and took such good care of them. Tommy is survived by his sister, Susan Porter and her husband, James Campbell, his Aunt Janie Hennessey, nieces and a nephew, many cousins and second cousins, and of course his many friends. Funeral services will be held at the Framptom Funeral Home – Fleischauer Chapel, 16 West Market Street, Greenwood, Delaware 19950, on Wednesday, December 23, 2020. Visitation will begin at 1:00 p.m., service at 2:00 p.m., followed by burial in the family plot in St. Johnstown Cemetery in Greenwood. Face coverings will be required and seating will be limited. Donations may be made in his name to the Michael J. Fox Foundation and the Wounded Warriors Project.

The family of Thomas Addison Porter created this Life Tributes page to make it easy to share your memories.