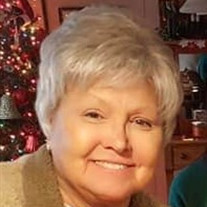 Virginia “Ginger” Curran Gilliss, age 68 of Berlin, MD passed away July 28, 2020 at home surrounded by her family after a courageous battle with Pancreatic Cancer. Born on October 15, 1951, she was the daughter of the late Raymond J. Curran, Sr. and M. Virginia Cross Curran. Ginger was born in Baltimore City and raised in Towson, MD. She graduated from Towson Catholic High School in 1969, where she enjoyed participating in operettas. She graduated from Villa Julie College in 1972 now known as Stevenson University. In 1973, she moved to Ocean City where she met her husband, R. Lee Gilliss, Jr., a land surveyor from Berlin MD. They were married November 16, 1974. She was employed by various law firms in Worcester and Wicomico Counties. She was most recently self-employed and owned her own business Atlantic Abstracting where she did title work and recording services for settlement and law firms. She also owned Permit Ink, a expediting business where she did permits for shoreline improvements such as dock, piers and boatlifts. She also helped out in the family former funeral business in Cambridge MD. Ginger was very active in her community to make sure the needs of others were met. She was instrumental in starting boys high school lacrosse in Worcester County Public Schools. She was Chairperson for the Student Improvement Advisory Committee for Worcester County Career and Technical High School. She was a member and past president of the Quota Club of Ocean City where she also served as governor for Quota International. Ginger was a communicant of Holy Savior Catholic Church in Ocean City for 45 years. Ginger’s hobbies include a LOVE for camping where she was the president of Ginger’s Camping Crew. She also enjoyed being with her family and friends. Her biggest blessing was being called Gigi by her grandchildren. She enjoyed attending horse shows, gymnastic meets, soccer and lacrosse tournaments. She was an excellent baker and was most known for her chocolate chip cookies and sausage balls. Ginger loved all holidays but her most favorite was Christmas. She is survived by her husband of 45 years Robins Lee Gilliss, Jr.; two children Robbie Gilliss and his wife Melissa of York PA, Audrey Windsor and her husband Jason of Berlin, MD; grandchildren Kingley Gilliss and Mea Rose Gilliss of York, PA, Addy Windsor and Raylan Windsor of Berlin, MD; siblings Raymond J. Curran (Lydia) of Timonium, MD, Patrick Curran (Debbie) of Abingdon, MD, Dr. Stephen F. Curran (Ro) of Cockeysville, MD, and Colleen Curran-Bromwell (Wayne) of Cambridge, MD; brothers-in-law John Gilliss (Patti) of Tampa, FL and Gary Bromwell (Patti) of East New Market, MD,; sister- in-law Beth Gilliss of Berlin, MD; a host of nieces, nephews, great nieces and great nephews; and her precious little dog Duchess. Proceeding her in death besides her parents were her in-laws Robins Lee Gilliss, Sr. and his wife Shirley Esham Gilliss. A Mass of Christian Burial will be held on Saturday, August 1st at 11:00 am at Holy Savior Catholic Church located on 17th street in Ocean City Maryland. Inurnment of cremains will follow at Dale Cemetery, Whaleyville, Md. Pallbearers will be Robbie Gilliss III, Jason Windsor, Wayne Bromwell III, Brenden Curran, RJ Curran III. In lieu of flowers please make donations to Holy Savior Catholic Church 1705 Philadelphia Ave Ocean City Maryland 21842. Cremation and Services provided by Mid Shore Cremation Center and Framptom Funeral Home in Federalsburg, MD. To send online condolences, visit www.framptom.com.

Virginia &#8220;Ginger&#8221; Curran Gilliss, age 68 of Berlin, MD passed away July 28, 2020 at home surrounded by her family after a courageous battle with Pancreatic Cancer. Born on October 15, 1951, she was the daughter of the late Raymond... View Obituary & Service Information

The family of Virginia Curran Gilliss created this Life Tributes page to make it easy to share your memories.