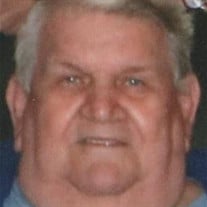 Wayne Medford Coulbourne of Federalsburg, Maryland passed away on December 24, 2017 at his home in Federalsburg. He was 76. He was born on September 11, 1941 on the family farm in Federalsburg the son of the late Medford Raymond Coulbourne and Bessie Madelyn Lankford Coulbourne. Growing up in Federalsburg, Wayne was educated in the public schools of Caroline County. His class was the last to graduate from Federalsburg High School in 1959. With encouragement and lessons from his father, Wayne aspired to be a mechanic and attended trade schools after graduation. For most of his working career he worked as an owner/operator in Federalsburg at the Arco Service Station, which later became the Coastal Service Station, and eventually Riverside Repair. He had also worked across the street for many years with Jimmy Sullivan and ultimately loved looking out for his customers. He would always offer assistance to anyone who called on him, and loved being a part of helping people. Wayne was a member of Christ United Methodist Church in Federalsburg where he served as the Past President of the United Methodist Men and Past President of the Church Trustees. He was a lifetime member of the Federalsburg Vol. Fire Company for 53 years; and served as the Past President in 1993 and held various other positions over his tenure with the Fire Company. With his love of family and community, Wayne served as a Gideon with the Caroline County Camp. Although he was not able to get out as often as he would like, he took pride in organizing speakers via phone with various other Churches and Clergy. Wayne also served with the Jaycees and was one of the organizers responsible to the Soap Box Derby races in Federalsburg. He also was instrumental in bringing Soccer games for area youth to Caroline County. He is survived by his wife Pastor Allice Marie Turpin Coulbourne of Federalsburg, two sons, Alan Murphy of Hurlock and Jeff Murphy of Federalsburg, three grandsons, Danny Murphy and his wife Kasey of Hurlock, Todd Murphy and his wife Anna of New Carrollton, MD, and Dylan Murphy and his wife Jordan of Hurlock; four great grandchildren; Noah, Ava, Grayson Scott and Addisen; one sister, Donna Tilghman and her husband Jack of Salisbury, and three special nephews, Dean Tilghman, Danny Tilghman and Darrin Moore; and a host of nieces, nephews, cousins and friends. In addition to his parents, he was preceded in death by a son, Scott Murphy and a sister, Janet Moore. A memorial service will be held on Tuesday, January 2, 2018 at 11:00 at the Christ United Methodist Church in Federalsburg with the Reverend Ruth Tull officiating, assisted by the Reverend Dan Walker. Inurnment will follow at Bethel Cemetery. The family will receive friends from 9:00 to 11:00 at the church. Expressions of sympathy may be made in his name to the Gideons International, Caroline County Camp, Post Office Box 11, Bethlehem, MD 21609. Services entrusted to the Framptom Funeral Home in Federalsburg. Share memories with the family at www.framptom.com

Wayne Medford Coulbourne of Federalsburg, Maryland passed away on December 24, 2017 at his home in Federalsburg. He was 76. He was born on September 11, 1941 on the family farm in Federalsburg the son of the late Medford Raymond Coulbourne... View Obituary & Service Information

The family of Wayne Medford Coulbourne created this Life Tributes page to make it easy to share your memories.