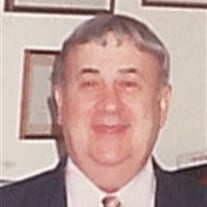 William A. Calvanesa 83, of Greenwood, Delaware, referred to as “Bill” by friends and family passed away Thursday, October 29th, 2020 unexpectedly surrounded by family. Bill was loved by many and will be forgotten by none. Born on July, 22nd, 1937 in Pennsylvania, he was the fourth of five sons of the late Antonio Calvanesa and Erna (Starke) Calvanesa whom emigrated to the U.S. from Italy to Pennsylvania and later relocated to Milford, Delaware where he and his four brothers, Thomas, Alfred, Anthony and James would attend Milford High School where he enjoyed playing football and riding his motorcycle. After graduation, he worked in a nursery which he enjoyed. Bell met and married Dorothy A. Vannicola and had five children, and Bill would build their first of two homes on Blanchard Road where they raised their family. They later divorced. In his early years he took a job at Demco Corp where he would make a career as a machinist and later retire from General Foods (Kraft) in Dover, Delaware. In 1983 he married Doris (Powell) Calvanesa of Bethany Beach Delaware. He and Doris joined Old Paths Church, and he became an elder and an ordained minister. Bill was a “Jack of all trades” so to speak as he was an accomplished welder and for many years built and installed TV towers for family and friends. He was also an accomplished mechanic and auto body painter, and he refurbished and painted several vehicles. He spent many years planting his own garden, which he enjoyed. He enjoyed hunting, fishing, and camping. Bill was preceded in death by his father, mother, and infant son Matthew A. Calvanesa and his three brothers Thomas, Alfred and Anthony Calvanesa. He is survived by his wife Doris of Greenwood, Delaware, one brother James Calvanesa and his wife Peggy of Milford, Delaware. Four of his children Michael A. Calvanesa and wife Donna of Dover, Delaware; Mark A. Calvanesa and wife Kimberly of Bridgeville, Delaware; L. Susan Calvanesa-Noll and husband Randy of Harrington, Delaware; Lisa K. Bryden and husband Michael of Bridgeville, Delaware; Step-son Wilbert Powell and wife Candi of Ocean View, Delaware; Step-daughter Julie “Powell” Hall of Clarksville, Delaware. Eight grandchildren and twelve great grandchildren that he loved and adored along with his two cats Oreo and Jasmine. An Interment Ceremony will be private. Donations may be made in Bills memory to Old Paths Church of Christ, 18295 Redden Road Georgetown, DE 19947. Arrangements are entrusted to Framptom Funeral Home – Fleischauer Chapel, Greenwood, Delaware.

William A. Calvanesa 83, of Greenwood, Delaware, referred to as &#8220;Bill&#8221; by friends and family passed away Thursday, October 29th, 2020 unexpectedly surrounded by family. Bill was loved by many and will be forgotten by none. Born... View Obituary & Service Information

The family of William A. Calvanesa created this Life Tributes page to make it easy to share your memories.

William A. Calvanesa 83, of Greenwood, Delaware, referred to...